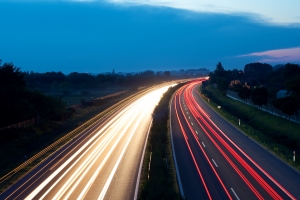 Britain is to build its second toll motorway as part of a number of major road projects, according to reports in the Independent.

The Chancellor is likely to revive a 10-year old plan to expand the M4, in order to reduce congestion near Newport, Wales. This will form part of a new £3bn road building policy aimed at stimulating the British economy.

Using this summer’s Comprehensive Spending Review as a platform for new projects, the government will add to the impressive M6 toll project which was built in Birmingham in 2003.

The new 14-mile, two-lane road will operate between junctions 23 and 29 of the M4 and alleviate traffic problems at the Byrnglas Tunnels near Newport.

This project will be accompanied by a number of other road projects including a major upgrade of the A1, new lanes to the A303, which runs from Basingstoke to the south-west of England, and an upgrade of the A47, which runs through the Norfolk Broads.

George Osbourne hopes that by increasing spending on road infrastructure, this will help boost economic growth:

“By investing in the economic arteries of this country, we will get growth flowing to every part of it,” he said.

The cost of the new M4 relief road will likely be guaranteed by the Treasury and then paid back through a toll on drivers. However, a Downing Street spokesman has stated that using a toll system is not yet confirmed:

“Any decisions on future schemes would be taken following the spending review. Tolling the M4 in Wales would be a matter for the Welsh Assembly,” he said.

Welsh officials also tried to play down the use of a toll system:

“A toll road idea has not formed any part of the inter-governmental talks that have taken place between the Welsh and UK governments.

The plans for the M4 relief road were originally announced 10 years ago but were put on hold due to rising costs. The new project now has a budget of £830m over a 15-year period, leaving the Welsh government to decide how much of that money, if any, it will recoup through road tolls.

It is hoped that the M4 project, backed by Welsh Conservatives, will provide a large boost to the South Wales economy. However, the plans are likely to cause objections among environmentalists.

The road will potentially cross the Gwent Levels, an area which is home to species of birds, otters and rare plants. Sean Christian of the RSPB in Wales said it was a “very damaging development in an environmentally important area.”

The UK is now seeking to improve the environmental impact of road users with new technology, car scrapping & the recycling of car parts.