VIC scheme abolished: how does it impact you? 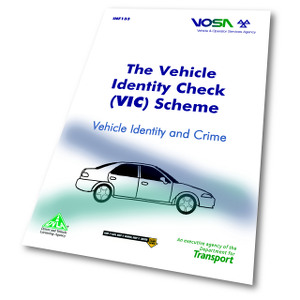 The developments have been long-overdue with many members of the Motor Vehicle Dismantlers Association (MVDA) Vehicle Recyclers’ Association (VRA) calling for change in recent years.

The VIC scheme originated in 2003 when the DfT attempted to reduce car ringing which, at the time, was costing the national economy as much as £3bn a year. Car ‘ringing’ is the passing-off of stolen cars as accident or damage-repaired vehicles; resulting in innocent car buyers purchasing a vehicle that is later found to be stolen.

The VIC scheme enforced insurers to place a marker against a written-off vehicle against all of its DVLA records and the DVLA would refuse to issue a replacement V5 log book until the vehicle had been subjected to a VIC test and passed with flying colours.

Applicable to all Category A, B and C vehicles seeking to return to the road, VICs were undertaken at test centres throughout the country by the Driver Vehicle Standards Agency (DVSA) across England, Scotland and Wales and the Driver and Vehicle Agency (DVA) in Northern Ireland.

Why has the scheme been scrapped?

From October 1st 2015, the VIC scheme no longer applied to Category C vehicles, unless a VIC test slot had already been booked in prior to this date. Cat A and B vehicles were unable to obtain a V5 certificate after 26th October 2015.

Subsequently, those with Cat C vehicles looking to get back on the road no longer need to book a VIC test slot, they can instead proceed to secure a replacement V5 log book from the DVLA in the normal manner.

It has been suggested in certain quarters that the scheme itself has been far from a success given that it has reportedly identified just 40 ‘ringers’ from the 916,000-plus vehicles subjected to VICs.

In addition, much-needed advancements in vehicle technology have helped to make it harder than ever to ‘ring’ cars. The related costs for maintaining such a scheme have also been attributed to the DfT’s eventual decision to end VICs.

How does this affect you?

You’ll no longer need to fork out £41 to pay for your VIC test to get a Cat C vehicle back on the road. This, combined with the time saved transporting your vehicle and the potential for a waiting list of up to six weeks, makes it easier and cheaper to get a car back on the road than before.

At ASM Auto Recycling we sell thousands of salvage vehicles at auction and have been serving the UK’s salvage market since 1984.

Sourced direct from insurance companies, you can inspect our vehicles up for auction before you even place a bid. It’s never been easier to get a damaged vehicle back on the road legally.